IAM Journal Sneak Peak: Rising to the Challenge in Texarkana 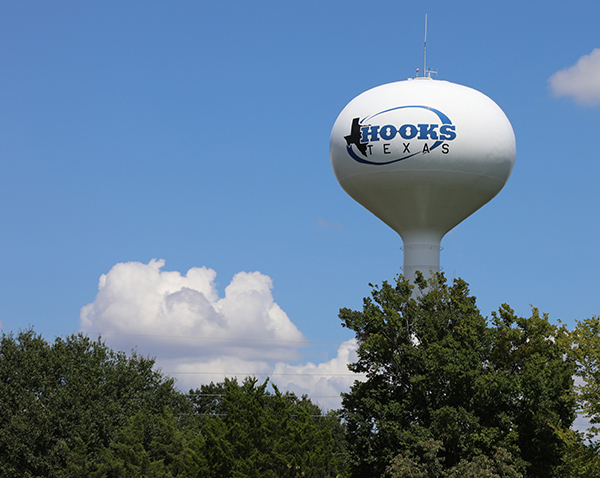 The Winter 2018-2019 IAM Journal will be hitting the doorsteps on IAM members by early November. Here’s a first look at one of several articles in this edition.

Situated just west of Texarkana, TX, Red River Army Depot, or RRAD, covers a 50 square mile area and comprises upwards of 1,400 buildings. Since 1941 the depot has been the area’s major employer to workers who commute daily from Texas, Arkansas, Oklahoma and Louisiana.

IAM Local 1243 and NFFE-IAM Local FL2189 members have built their lives around the work of the depot. Local 1243’s Hooks, TX union hall, just down the road from the depot’s north gate, has become a gathering spot for the working men and women the IAM represents.

“I live in Middle Springs, AR, so I drive about 67 miles one-way,” said Local 1243 Member Jackie Matthews. “I worked at the depot for about seven-and-a-half years. I was laid off a little over a week ago due to cutbacks.”

Matthews is one of about 1,000 workers hit by layoffs since May 2018. Fluctuations in the military vehicle maintenance workload have brought layoffs in the past, but not like this. The deep and potentially permanent cutbacks hit these members hard, and the union seemed to be the only one stepping up. The IAM spearheaded an effort to convince elected officials at all levels of government and the Department of Defense to reconsider the drastic decision. 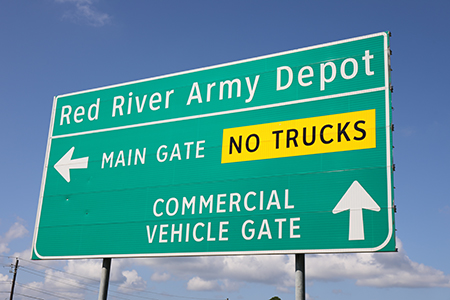 “Our motto out at the depot is, ‘We build it as if our lives depend on it,’” said Local 1243 President Mark Harvey. “So, when we do something, we do it right. It’s not making any logical sense to us that they are sending our work to other bases.”

These workers have proven to be a reliable and efficient asset. RRAD has been awarded the Chief of Staff, Army Award for Maintenance Excellence five times, most recently for the fiscal year 2017. The depot’s thousands of civilian and federal workers support the military effort by repairing, rebuilding, overhauling and converting tactical wheeled vehicles and light tracked combat vehicles.

“We’ve been reaching out to representatives and senators,” said Harvey. “We’ve been lobbying governors in different states and getting on the local news. You name it, we’ve done it and we’re still doing it.”

A cluster of local small businesses, passed down through generations thanks to the depot’s presence in the community, are also seeing the effects.

“Dang near everybody’s kin to everybody around here. It’s just home,” said Local FL2189 member Bobby McCarty. “Red River is one of the main sources of employment in this area. And small towns like where I was raised will suffer.” 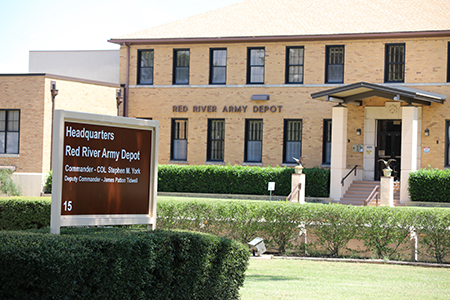 “The folks down here are common everyday people that you see all across America, small-town America anyway,” said IAM District W2 Directing Business Representative Kelvin Godwin. “They don’t have much. They’re proud to be working where they’re working, proud to have a job that puts food on their table. It’s hurting not only the ones laid off but also a lot of others in the community that depend on those workers.”

At its peak, a workforce of nearly 7,000 provided a broad range of military maintenance and support services. Now, Local 1243 represents more than 1,000 workers employed by VSE Corporation, one of the service contractors on the property. Local FL2189 represents about 1,800 federal workers at the depot.

“We just got laid off last week. I was a diesel mechanic for around eight years. They said we were good, we’re OK on the job,” said Local 1243 Member Franz Barnes. “All of a sudden we’re going to have a cutback. They had the first layoff of about 600, then they came back and laid off about 350.”

To provide immediate assistance to affected members, the Machinists Union also conducted several days of in-depth displaced worker training at the union hall. Most members in attendance never anticipated having to search for a new job at this point in their lives.

“I know things have changed in the job market. Employers are looking for different things,” said Local 1243 member Paul Watkins. “I am 61 and I wanted to have as much ammunition going to look for another job as I could get.”

Through the IAM-sponsored non-profit Corporation for Re-Employment and Safety Training (CREST), instructors Arnett Powell and Michael Oathout presented the group with much needed information about steps they can take Free College and assistance available. They also worked one-on-one to help with resumé writing, job search techniques and budgeting during times like these.

“I was surprised and impressed,” said McCarty. “If I had information like this when was younger, I would have soaked it up like a sponge.”

One of the primary goals after learning that IAM jobs are being lost is to match members to other IAM-represented jobs. In some situations that could require relocating to another geographic area.

“There are not many jobs around here that pay the money Red River pays. Relocating might be a thing that I have to do,” said Matthews. “It would be kind of a hard decision, and I would have to talk that over with my wife and my family. But if I had to, I would.”

After a full day of training, members were provided with a comprehensive resource manual, an external computer drive with their new resumé and contact information to reach out with questions anytime going forward.

“If you didn’t have the IAM on the job here, there is no way you would be able to get this valuable training,” said Godwin. “When the members leave here, they’ve got six job descriptions that they can go online and apply for. And they are all union jobs, IAM jobs.”

Earlier in the year, following the first round of RRAD layoffs, the IAM sponsored a job fair, inviting employers and affected members to participate. Spirit Aerosystems, with locations throughout the IAM Southern Territory, took part and accepted applications for open union positions at their Wichita, KS plant.

Services like these for working families facing job losses are but a few examples of the IAM’s commitment to the membership. It goes beyond negotiating a contract with an employer. Being a part of the IAM is being part of a family.

“I was definitely surprised about them having this kind of program,” said Matthews. “To be honest with you, I think a lot of people are not informed about the union and the things they can do for you. I found out that the union can really help you in a time of need.”

The post IAM Journal Sneak Peak: Rising to the Challenge in Texarkana appeared first on IAMAW.